Why Jump From the Edge of Space?

Why Jump From the Edge of Space?

90,000 Feet is the highest attainable altitude in the Earth’s atmosphere – just before space. At this high level, you perceive the whole world.

A daredevil stares out from a tiny capsule lifted by a helium balloon and looks below at the vertiginous sight that only astronauts have observed. He is at the edge of space – 90,000 Feet high.

At this point, the wide, majestic round curb of the entire Earth can be observed. At 90,000-feet, you experience what philosophers and astronauts call the “Overview Effect”.  Or what we would call the “OH MY GOD” effect.  It’s a speechless aha!  Not just a global perspective, it’s a mind-blowing cosmic epiphany. You see this fragile blue marble with paper-thin atmosphere hanging in the void.  You gape awestruck and spellbound as boundaries vanish – and so do the conflicts that divide us.  You feel a sudden rush of adrenalin. Your heart overflows with wonder and you are overcome by the realization that we all have a significant responsibility to care for this pale blue dot.

Felix Baumgartner stands on the platform and stares straight down the mind-blowing drop. There’s nothing between him and home but courage and nerve. No wind. No comfort zone. The temperature is a brisk, flash-freezing -94°F.  In this extremely low atmospheric pressure, a man’s blood literally boils. Only a pressurized suit with layers of insulation keeps him alive. A folksy, mission control voice crackles. It’s Colonel Joe Kittinger, an 84 year old legend, who has held the current high altitude freefall record for over 50 years – a jump that almost killed him.

Baumgartner leaps into the void, hurling toward the earth, plummeting in a free fall descent. Zooming from zero to 690 mph in 25 seconds. Soaring at supersonic speed as his body breaks the sound barrier. Suddenly, he loses control and tumbles helplessly in the thin vaporous air. If he goes into a flat spin, it sends blood away from the center of his body. And at this velocity, there’s only one way for blood to leave your body –  through your eyeballs. And that means you’re dead.

But, then there is a deafening, reassuring roar as he hits the troposphere – the rush of wind. He can now feel Mother Earth’s air. He manages to stop the spin and open his parachute. With a swoop, thick atmosphere plumps the chute. Nothing but floating now – as he glides toward a New Mexico desert location not far from where reported UFO’s have landed.

World applause, fanfare. Not only did Baumgartner break several records, he demonstrated how to save astronaut’s using his freefall system. In one breathtaking leap, mind-blowing history was made.

“Clients don’t understand their success is reliant on standing out, not fitting in.” –  Don Draper 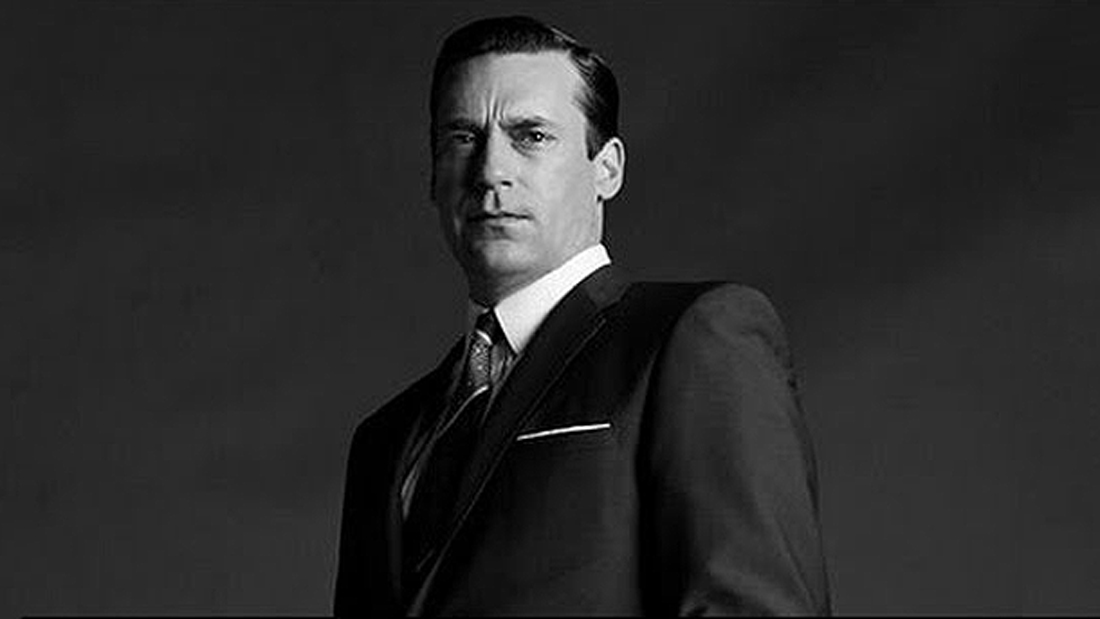 So how does this leap from way-out-there apply to today’s business world?  Well, let’s just say that the aphorism, “The bigger the risk, the bigger the reward” has never been more apropos. Today, taking leaps isn’t unstrategic, it’s a distinct advantage.  It must be built into a company’s mindset and vision for the future.  It’s essential to experiment with new marketing tactics, new innovations, and expand your firm’s values and value to the customer.

To thrive in a me-too world, you must exploit your differences. Business must confront the market’s changing needs and discover emerging growth opportunities. Even conservative and traditional firms, must take leaps and take risks.  No more managerial retreats where blue sky ideas are kumbaya-ed but never see the light of day. Today, businesses evaporate when there is a scarcity of innovation or disruption of the status quo.  There’s no time to play catch up with progress. Internal innovation isn’t enough, ideas need to be implemented.

When businesses are driven by safe-thinking and predictability and not by imagination, you play right into the hands of business extinction. Smith Corona basically invented computer word processing but stuck to typewriters.  Because it was safe. In doing so they planned their own obsolescence. Safe is ignored. Safe is forgotten. Safe is apathetic. Safe doesn’t make people talk and want to share your story. Safe is ultimately a waste of money.

Sure, change and chaos is uncomfortable for the boardroom. And uncertain, cautious clients don’t usually make the gutsiest calls when it come to innovation or marketing.  Far too often, paralyzed with indecision, business leaders place too much emphasis on technology providing decision-making security.  What does the data say we should do?  But computers don’t think outside their motherboard.  They aren’t unorthodox, unconventional thinkers. Computers are deterministic. They are about predicabile patterns and they certainly don’t take leaps of faith.

To quote the immortal words of that great Yankee Philosopher, Yogi Berra…

“It’s Hard To Make Predictions, Especially About the Future”.

“Do one thing everyday that scares you” – Eleanor Roosevelt.

Uncertain and unpredictable times call for unexpected, uncharted resourcefulness – using less calculated, rational reasoning and more instinctive, intuitive, bold gut-feelings. Like when Steve Jobs, a rock star leap-taker, bucked the status quo and and created the ipod, ipad and iphone phenomenons. Many times, Jobs interpreted market opportunities by focusing on what he thought was cool or could be simplified or would empower others to achieve remarkable things.

More than ever, this commoditized media landscape calls for breakthrough creative ideas. Marketing-wise, this hyper-speed, always-on tech crunch has produced a time crunch, a budget crunch, and a creativity crunch.  Last minute, triple expresso deadlines, shrinking budgets and downsized, multi-tasking teams can only lead to lowering the creative bar and commoditized content.  And people dismissing what it takes to produce great work – stops people from skyrocketing to 90,000 feet.

That said, if a business sees the importance of taking leaps – the work will always be one step ahead of the competition. Bold risky leaps always make for powerful, captivating storytelling. Baumgartner’s jump gave the whole world a jolt of adrenaline.– thanks to YouTube and Red Bull sponsorship over 12 million people tuned in.

When risky innovations or marketing aren’t just for stunts, but are more purposeful then the risk becomes something even more powerful. It becomes a noble cause!  Steve Jobs risked it all when he brought Apple back from the brink of bankruptcy in 1999.  But he had a higher purpose and a manta – Think Different. Apple was now for the crazy ones who change the world. Likewise, Baumgartner’s freefall could be viewed as a cool stunt. But it was more than that – his efforts could help save astronaut’s lives.

Another good example of a crazy sounding risk based on purpose is Zappos’ entire business model. Selling shoes over the internet. Right, don’t people have to try shoes on and make sure they fit by walking around in them? And isn’t the internet impersonal? But the Zappos risk was based on outstanding values – not just on value.  Zappos risk had a purpose. It was for the betterment of people. It’s culture was based on character. When our Founding Fathers literally risked their necks for American Independence, it became the stuff of heroes and legends.

So it’s not always just about you being risqué for the purpose of publicity or promotion. The more a leap is for the greater good, the more that story has lasting value and inspires and uplifts others – and those stories are shared. Otherwise the story is all about you or your product and there’s nothing for the customer to emotionally get involved with.

Leap and a net will appear.

It’s a great quote from John Burroughs, one of the pioneers of America’s naturalist movement – before eco-mindedness was trendy.

It just remind us that risk is always about a leap of faith. Mankind didn’t cling to the trees. He jumped down and ventured across the Savannah – out into the open where tigers and lions hunted prey. Defying death, fear, and a boring smorgasbord of fruits and nuts.

Don’t plod along the same old path.  Challenge those comfort zones. Today, in business and all enterprises the riskiest decision is avoiding risk.  Yeah, the unexpected feels a little dangerous. But consider this: in the Chinese language “danger” and “opportunity” are represented by the same symbol. If you want to be edgy, go to the edge – and take a leap.

At 90,000 Feet, we are creative branding and production pros who pride ourselves in finding agile solutions to bringing great creative ideas to life – even with challenging budgets.  We allow clients and agencies to take higher creative leaps while maintaining the highest production qualities.